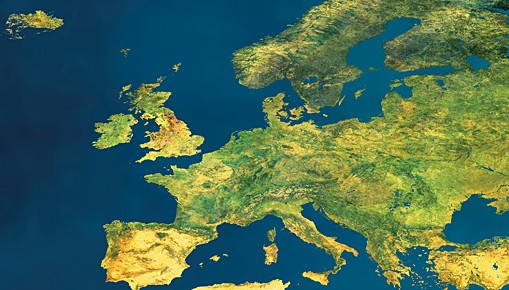 1. no
2. yes, I’ve been there and it was beautiful!!
3. nice beach in the middle of the city with this little island in front of it..there’s a castle on it or smething like that, isn’t it? and it’s a very nice city, with a lot of bars and restaurants at the bay! that’s all I know I’ve been there in 2008, just for some days because we were on a road trip at the atlantic (france and spain).

1. No
2. Yes, i only know it from the ‘Classica San Sebastian‘
3. nothing, except that there’s a cycling race every year.

1. no
2. I heard you can surf there really nice!
3. The beaches are beautiful.

1. no
2. i do not know much, it is in the basque country, that was pretty much it.
3. ah and I think I remember that xabi alonso is from there???

1. No. Sorry. The whole “Capital of Culture”-thing (no matter what city it might be) doesnt get a lot of of attention in European media.
2. It’s a Basque city and it has a pretty famous bike race. I also know that you can walk like a pilgrim from San Sebastian to Santiago.
3. That I would like to go there!

1. No. I didn’t read or hear a single thing about it in Dutch media (so far).
2 and 3. I haven’t been there, but as far as I know it seems to be a lovely city. Family, friends and acquintences of me who’ve been there were quite enthusiastic about it. And obviously I know about the Classica San Sebastian. One day I would like to visit, but there are other places that are higher on my wishlist now.

1. No, I didn’t know San Sebastián was named European Capital of Cuture 2016.
2. I know about the bike race and that it’s a coastal city in the Basque country.
3. I know Xabi Alonso was raised there and I think Mikel Arteta is from there too. I’m not sure if this is directly in San Sebastian but I remember being told squid in ink is best in the Basque country.

1. no
2. no
3. warm weather, a white chapel, wine, guitar players (… but those are true for all spanish cities really…)

1. no
2. no, just a crazy girl that lives there
3. sounds exotic and beautiful. Relaxed lifestyle, red wine nice scenery.

1. No
2. No
3. I associate it with the sophisticated, relaxed place with maybe a long history, the sea nearby…

1. No
2. No
3. San Sebastian sounds like a very nice little town in the Mediterranean, with a small church on a hill, view over the sea and a couple of white houses.